The full list of NJ online poker rooms. Compare and find your online poker site in New Jersey below. If you want more than poker, browse our NJ online gambling and online casino category.

There are many different types of poker, but the basics are always the same. As for the value of various hands in poker.

Rank determines if you win a poker hand or not. If two opponents or more have poker hands within the same category, the winning hand is determined by the rank of the cards. For example, two players hold Three-of-a-kind, but three eights beats three fours.

In poker, all suits have the same rank.

Poker Hands from High to Low

Sure, the atmosphere playing poker in a brick-and-mortar casino in Atlantic City is hard to beat. You have the thrill of seeing your opponents in the eye, people gambling at tables nearby and much more. But for the experienced player, you can't play more than one table at the time. Also, it's inconvenient. When was the last time you went to blockbusters to rent a DVD? That's what I thought. Since streaming services like HBO and Netflix came out, the rental business has declined, and the same this goes for live poker.

Playing poker online is where the action is. It's where the money is and it's where you can find opponents your level. It's (in our opinion) way easier to make money playing online poker, than grinding at a live table in Atlantic City, New Jersey.

Play Satellites to get Seats at Major Tournaments

Let me give you an example of how they work:

Suppose a Hold’em tournament cost $1060 to enter. A one-table satellite (ten players) for this event would most likely cost $120 to play. The winner of the satellite would get an entry into the $1060 event (and $140 would go to the house). Most casinos host satellites continuously during a major event. Tournaments and satellites have different buy-ins. Players might play a satellite in one game but if they win it, they might prefer to play a tournament in another game. Rather than assign players a seat into a particular tournament, tournaments issue "lammers" (buttons that are usually for $300 or $500) to players who win satellites. They can use those lammers to play in any tournament they wish. Players like having this option.

Another plus for issuing lammers is that players who so desire can make a deal at the end of a satellite. For example, suppose three players had equal chips at the end of a satellite with a prize of a $1500 buy-in. There would be three $500 lammers available (plus some cash for the vigorish). The three remaining players might opt to take one lammer each rather than play the satellite out. This is good for the house as it speeds up satellites, keeps more players in action, and generally keeps the players happy, as many would prefer to ‘chop’ rather than gamble at the high levels of the final stages of a satellite.

Super Satellites are Multi-table tournaments that are held for big buy-in championship events. Players play a Super Satellite to win a seat into a championship event. For example, at the WSOP, where the buy-in for the main event is $10,000, the Supers cost $225 to enter (re-buys are allowed for the first hour). They run them twice daily for a month at the WSOP and they run like a Swiss watch. Supers are extremely popular at the WSOP. Most years, over half of the 641 entries in the World Championship event are satellite winners.

To have a successful large buy-in championship event, it is essential that Super Satellites be run. Why? Because those who are actually going to buy into a championship event like to see ‘value’ for their money, meaning a large field, before they plunk down their cold cash to play. Super Satellites are virtually the only way to ensure getting a large field.

To play in your favorite events, I wholeheartedly recommend you go for the gusto and try a satellite and/or Super Satellite. 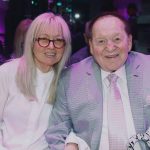 01-14-2021
Sheldon Adelson, the richest individual in gambling, with a wealth… 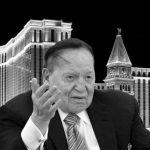 Smashed It Out of the Park: Tennessee Sports Bettors Splash Out Record Numbers During First Month of Legal Betting 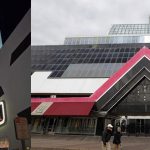 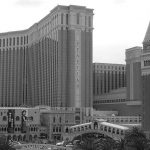