We've done our homework and found the best gambling sites with online casino slots in NJ. Slots are more popular than ever, and at legal New Jersey online casinos, you will find hundreds of excellent slot machines you've seen at your favourite casino in Atlantic City and Las Vegas, as well as plenty of new editions that only exists online.

On this page, you will find the best slots sites in New Jersey. You will also find reviews of slots you will find at NJ online casinos.

Online Slots you can Play in New Jersey

There are hundreds of online slots available in NJ, and more being added every month. Here you will be able to read about some new titles as well as some old goodies.

The Guns N’ Roses slot is based on the classic rock band, and as you could figure, their absolute best tracks are featured within this slot machine. The game was created by Swedish game provider Net Entertainment, who’s famous for their quality productions.

When playing this slot you will meet Slash and Axl Rose and the remaining Guns N’ Roses characters. The video slot has 5 reels, 25 pay lines and several amazing bonus features as well as scatter symbols. There is definitely not a dull moment when playing this slot, as you will notice at the online casino of your choice.

Winning for Dummies™ is a four-reel three coin machine similar to other recent Bally games like “Bonus Line” and “Bonus Frenzy” in which the fourth reel consists exclusively of bonus symbols which multiply or add to any winning combination on the first three reels. The bonus reel is only activated when three coins are played, making it essential to insert max coin on this game. One of the game’s most entertaining features is that the fourth reel before it stops spinning allows a quick moment of anticipation when you’ve hit a winner. Likewise, it provides a moment of frustration when you haven’t because it will do nothing for you no matter how it lines up.

The game features the instantly recognizable black and yellow “Dummies” design trademarked by Hungry Minds, Inc. Originally employed as a theme for computer manuals, the “Dummies” logo and its pointy-chinned spokesman, The Dummies Man, has since been applied to such diverse areas as nutrition (“Healthy Heart Cookbook for Dummies”), mental health (“Overcoming Anxiety for Dummies”) and religion (yes, “Religion for Dummies”). I’m not making this up, check it out at dummies.com.

As far as the slot machine goes, it really is an easily understood game, simple without being boring, with well laid out paytables and easy to understand bonuses. Those who are baffled by nine line video games with multiple bonus rounds, yet bored by old-fashioned three-reelers might find what they’re looking for in “Winning for Dummies.” The first three reels begin payouts with any three mixed jackpot bars and 7s (pays four coins), and continue up to 1,000 coins for three 7s. The fourth reel (when it hits) adds ten or 100 credits, multiplies payouts by two, five, or ten, or awards “Re-spins for Dummies” (you just sit and watch as the reels spin madly in opposite directions and repeat your winning combination up to five times). It’s a quiet game, with only some minor musical tones when you spin or collect a small payout; strangely it makes no sound at all on larger payouts. I personally don’t see this as a problem, not every machine has to play classic rock songs, make wisecracks, or offer advice on the stock market, do they?

According to the manufacturer, the bonus reel adds credits to one in every four winning combinations, on average.

Austin Powers™ Time Portal™ is the fourth entry in the highly successful series of IGT games based on the Austin Powers™ movies, this one specifically relating to the second film, Austin Powers™—The Spy Who Shagged Me.™ The 5-reel, 20-line video slot features images of the film’s major characters: Austin Powers and his partner, Felicity Shagwell; the villainous Dr. Evil and his son, Scott Evil; Frau Farbissina; and, of course, Dr. Evil’s diminutive clone, Mini-Me.

When five Austin Powers™ symbols land on any active payline with a maximum bet, the game pays the top award.

Barn Yard, originally produced by CDS and acquired by Aristocrat, is a three-reel game with a top box bonus featuring a large protruding bonus wheel, also seen in similar CDS Deluxe Stepper games like Pick Pockets. It’s a very eye-catching design that seems to attract the attention of wandering slot seekers looking for something different.

The base game is quite simple; you just need to line up three matching bars, 7s, or strawberries on the single pay line. There are no payoffs for any mixed combinations (except ten coins for any three mixed bars), no wild symbols, and only the strawberries pay when you line up two (wins four coins) or only one (wins two coins). Adding to the appeal is the “nudge” or “jump to win” feature: any one symbol positioned just above or below the payline will be “nudged” up or down to form a winning combination, provided the other two symbols are in place. This event is accompanied by a high-pitched and very sincere “yaaah-hooo,” even if you’ve only won two coins for a single strawberry.

Lining up three special Barn Yard Bonus symbols triggers the bonus game, provided three coins are inserted. Four meters in the top box (one for the cow, the pig, the horse, and the sheep) begin randomly flashing bonus payouts ranging from ten to 160 coins until the player hits the bonus spin button, which instantly selects one meter amount and spins the bonus wheel. The wheel contains multipliers from 2x to 25x, which is applied to the selected meter, resulting in a bonus of up to 4,000 coins.

The Evolution of Slot Machines

A lot of people like to play modern online slot machines online, but did you know that these exiting gambling machines date back to over 100 years ago?

Compared to today’s technologically advanced online slots the early versions of the game was very insignificant. They were mechanically built and bear very little resemblance to what we play on today. Here we’ll go through the evolution of the slot machines and look deeper into the past of these very enticing games.

Back in 1895, the original slot machine called Liberty Bell was released. It consisted of three reels and the symbols were the Liberty Bell (of course), hearts, spades, diamonds and horseshoes.

If you managed to get three of the top paying symbols in a row (the Liberty Bell) you could count yourself lucky, and go home 50 cents richer!

Compared to the multi-million dollar jackpots we see on online slots today, 50 cents really don’t really bring the same excitement. Of course, 50 cents was worth way more back then, but taking inflation into account the biggest win would be around $15.

Still, the original slot machine the Liberty Bell was a massive hit. The company who manufactured the game got such a big backlog of orders that they could not keep up with the high demand.

Liberty Bell was the only slot machine around until it’s first competitor, the Operator Bell, appeared back in 1907. This machine used fruits as symbols, which quickly gave the game the nickname fruit machine.

This nickname lives on, and especially in the United Kingdom slot machines are still known as fruit machines.

Symbols that was heavily used in the old-school slots was poker symbols, fruits and bars. This actually was really clever as the gambling laws were strict at that time, and cash winnings were not legal.

Instead, when you won, the slot would give you candy or gum. This, however, was just a way to get around the anti-gambling laws, and the gum or candy could easily be exchanged into cash.

This workaround is actually still going on in Japan, where gambling is not allowed. People can play Pachinko (Japanese type of crazy slot game, that no one really understands) and win tokens. These tokens can be exchanged into products, such as gum, chips or other random things.

Those products can then be exchanged into money, in a store nearby. 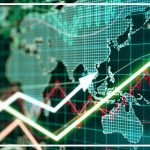 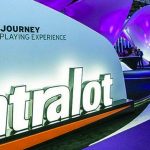 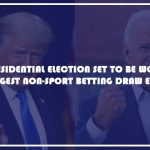 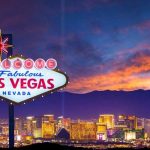 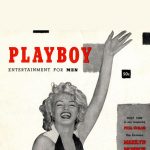