The Basics of Keno

The ancient game of Keno was developed in the orient and introduced to America by Chinese railroad workers in the 1800s. It is currently played in almost every casino of size the world over. While having a huge 25% house edge it is still extremely popular as a $1.00 “ticket” has the potential for winning as much as $50,000.

The “ticket,” or “blank,” contains eighty numbers, printed consecutively in eight rows of ten each. The player marks, typically with an X, from one to fifteen numbers on the blank with a Keno crayon. He then turns it into the Keno booth together with his bet and receives an authenticated duplicate. Should he win, the duplicate must be turned in before the start of the next game in order to collect.

Traditionally Keno numbers are printed on eighty individual ping-pong balls. These balls are then spun around in a wire cage, or blown into a large clear plastic sphere, much like as in Bingo. As each ball is selected, the winning number is electronically highlighted on the Keno boards throughout the casino. Currently, however, many casinos use computer chips to generate random numbers.

The house draws twenty numbers out of the field of eighty. Payouts are based on the amount of winning numbers “caught” by the player out of the twenty drawn. These are known as “straight” tickets. The tables included are based on wagering on a straight ticket.

There are other variations in Keno that involve marking groups of numbers and combinations, commonly known as the way, combination, and king tickets. These more complex variations to the game will be covered in a subsequent issue of Gambling Times.

Typical Payoffs on a $1.00 Straight Ticket: 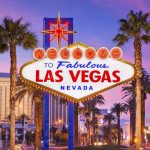 March Revival: Las Vegas Visitor Numbers Up as Hotels Move Back to Seven-Days-a-Week