With some information and a bit of practice, you can go from a baccarat beginner to a master of the game. It has a unique playing style, where you make your decisions up front and then watch the game unfold.

Understanding what is happening as the cards are dealt is key to your enjoyment of the game, as well as your approach to baccarat. This guide provides all of the useful details, so you can play and follow the action in this exciting game.

How To Play Baccarat

A baccarat table has seats for 14 players. On the table, you will see an area marked for where each player should place their bet. They are numbered 1 to 15, as the number 13 is not used due to superstition.

In the mini version of the game, the table is around half the size and has room for seven players. The betting box is divided into three sections: one will be labeled player, one will say tie, and the other banker.

In the middle of the table, there are two large boxes, which are where the cards are dealt. They are labeled banker and player, which are the names for the two hands that are dealt. Typically, the game is played with nine, eight, or six decks of cards.

The Aim of The Game

In baccarat, the objective is to get as close to a total of 9 points as possible. Points come from the cards that are dealt. Players don’t receive the cards themselves; instead, they watch them being dealt to the banker and the player.

Neither of these hands represents any particular individual or the casino. The bets are placed at the start of the game, and a player decides whether they think the banker’s hand will have a total closer to 9, whether the player’s hand will have the winning total, or whether it will be a tie. There are no decisions to be made from this point on, as the rules of the game are already set.

At an online casino, the total of the cards dealt will be provided to you. Zero is the worst score, and 9 is the best. It is worth knowing how to add up the card points, though. Cards 2 through to 9 are counted at face value, the Ace is worth 1, and Kings, Queens, Jacks, and 10 are all valued at 10.

The card values are added together to make a total. If the hand contains a 10 or adds up to more than 10, then the first digit is removed to make the score. If the cards add up to 16, then 10 is taken away, leaving a score of 6.

You aren’t playing against other players or the dealer in baccarat. You are predicting the outcome from the cards that are dealt. You can bet that the player hand will be closer to 9, which is known as the punto bet. It pays out at 1 to 1.

Another choice of bet is to back the banker hand to be closer to 9. This is the most favorable wager with a lower house edge. As a result, this hand pays out at 19 to 20. There is a 5% fee built in, which goes to the casino if you win the bet. The banker’s hand wins about three or four times more than the player hand.

The final option is to bet on a tie. This means that the player and the banker will have the same card total. It isn’t a likely event, and the house edge is higher than the other two outcomes. The payout, therefore, is 8 to 1.

Baccarat starts with players choosing their stake and placing their chips in the appropriate box, either tie, player, or banker. After everyone has placed their bets, the cards are dealt. Two face-up cards go in the player box; then two go to the banker. The card totals for each hand will appear on the screen.

Punto Banco, described above, is the most common form of baccarat. In the Chemin de Fer version of the game, players take turns at being the banker, the cards are dealt face down, and the player with the highest wager acts as the player and represents all other players at the table.

The History Of Baccarat

There is some uncertainty around the origins of baccarat, and the first written mention of it is from the 19th century. However, card games in Europe were popular many years before that. As with many popular casino games, like roulette and blackjack, it is sometimes thought that baccarat is a French game.

Evidence points in a different direction, though, with many historians now believing that the game has Italian origins. Felix Falguiere is believed to have invented the modern form of the game using tarot cards. It is believed his name for the game was originally baccara, an Italian word for “zero.”

It is said that soldiers returning to France from Italy brought the game with them, and it was a hit with the upper levels of French society. Two versions of the game existed: Baccarat en Banque and Chemin de Fer. The latter means “iron way” and is thought to have come about after the first railroad in 1832.

A mathematical analysis of the game was produced in 1847 by Charles Van-Tenac, which is the first mention of baccarat as a game. Around 30 years later, Baccarat was being played in the United States, although it didn’t get popular until the turn of the century. The early form of the game that was played was Chemin de Fer, sometimes called Chemmy.

In the late 1950s, a variation of the game called Punto Banco was introduced to the casinos in Las Vegas. Punto represents the player, and banco being the word for the banker, the two key components of the game. This is now the version you’ll find in most casinos across the world and online.

Since tables were limited, baccarat grew a reputation as an exclusive game. You needed to be rich or famous to get a seat at the table, which added to the glamor alongside the attractive croupiers who ran the games.
Baccarat has evolved in many ways. It found great popularity in Asian casinos, as well as in New Jersey casinos. The versions of the game there are dynamic and connected to superstition. New variations have emerged that are more fast-paced, have additional features, and side bets.

Since baccarat is a game of chance, much like roulette, there aren’t any surefire strategies to help you win or make a profit. The most important tip for baccarat is to understand the rules, the house edge and payout for each hand, and then practice playing a few games. After that, bankroll management is key so you can enjoy the experience.

Since there are different eventualities depending on the total of the player’s hand and the banker’s hand, it is best to observe the game. This will help you to understand why the cards are dealt and why some bets win and why others lose. Baccarat is a fun game that is enjoyed by both those with smaller bank balances and by high-rollers. 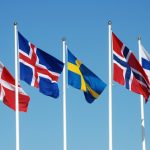 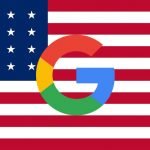 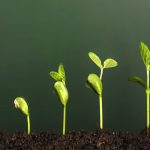 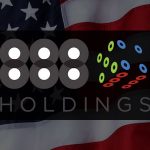 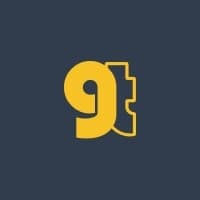