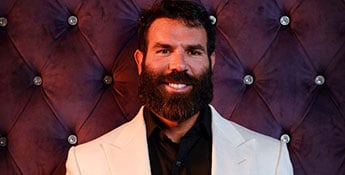 Dan Bilzerian Net Worth: Dan Bilzerian is a player preceded by his reputation. Not only is he a professional poker player, but also a playboy and Instagram celebrity. In this article, we will take a look at Dan Bilzerian net worth, career and lifestyle. Despite his controversial lifestyle, Bilzerian is undoubtedly an impressive player in the poker community.

For young and upcoming players who want to make it big in the industry, Dan Bilzerian has an exciting story to follow. So just what has Bilzerian accomplished both within and outside the poker industry? What is his net worth I hear you ask?

Dan Bilzerian was born in Tampa Bay, Florida, on 7th December 1980. Dan’s father, Paul Bilzerian, had his own story, which significantly impacted on Dan’s childhood. Paul had become a self-made millionaire at just 36 years old. Unfortunately, he lost nearly all his life earnings in 1988 when he was indicted for security and tax fraud. Paul Bilzerian was sentenced to prison when Dan was just eight years old.

The absence of his father and the situation as a whole meant Dan Bilzerian and his brother Adam Bilzerian had a tough childhood. He was ridiculed by his friends and classmates from a young age. This gave him a sense of contempt for constituted authorities, and he began to rebel. After being expelled from two schools within the space of a year, he ended up at a military school.

In the year 2000, Bilzerian enrolled in the Navy SEAL training program, but never graduated successfully. The report for his dropping out said that it was because of ‘safety violation on shooting range’. Dan went on to take up a major in Business and Criminology at the University of Florida.

Bilzerian showed up in the poker community in around 2007 and has had a steady career in the industry ever since. He has been fondly known to some as ‘suitcase guy’ after he showed up to his first poker table appearance with a suitcase of cash. Since then, Dan says he has moved on to playing ultra-high stakes and private games with millionaires.

Bilzerian says that he learned to play poker while he was studying at the University of Florida. He turned to the game as a method of funding his education. Prior to this, he had used his disability allowance after leaving the Navy alongside selling guns. Dan once mentioned that he had turned his last $750 into $10,000. He then got on a one-way flight to Las Vegas and turned his $10,000 into $187,000 at the poker table.

This money allowed Bilzerian to return to his education, where he continued to advance his poker skills by playing cash games. Dan never actually completed his university education. He has said that when it got to the point he was making $90,000 a week, he didn’t feel the need to continue with his degree. Bilzerian became famous for high stakes poker at the age of 27.

In 2007, Bilzerian started playing at professional poker tables. He played in the World Series of Poker (WSOP) Main Event in 2009 and won $36,000 for his finish at the 180th place. He’s now recognized as a seasoned professional player and has several tournament wins.

Not only does Dan play poker himself, but he also sponsors fellow professionals for certain games. He once gave fellow poker pro, Jay Farber, $2,000 to play at an event. Farber came second and gave Bilzerian a $1,000,000 return on his investment.

What’s quite interesting is that Dan Bilzerian has the highest net worth of all poker players, even though he has not made much money from public poker tournaments. For more information, see our article on the richest poker players in the world.

Dan Bilzerian Achievements at a Glance

Dan Bilzerian’s net worth is based mainly on high roller stakes games played in professional poker circles. He once played a single game of Heads Up No Limit Hold’EM and won an enormous $10.8 million from a single game. This was, no doubt, a significant contribution to his current net worth.

Bilzerian’s worth has significantly increased over the course of just this year. The high stakes games mean that his winnings can change dramatically in a short space of time. In 2014 alone, he reportedly won a total of $50 million from his poker games.

In the last ten years, Dan Bilzerian’s net worth has come to a total of over $200 million.

Milestones for Dan Bilzerian Net Worth

Back in 2015, Dan Blizerian had a net worth of $120 million, which still made him a really rich man.

However, over the years, Dan Bilzerian net worth have grown steadily, surpassing the $200 million sign in 2019.

Dan Bilzerian net worth over the years:

Dan Bilzerian has several other interests and achievements worth noting. He’s a co-founder of Victory Poker, a popular online gaming site. He has also acted in a few films as well. These include, Equalizer, Lone Survivor, and Olympus Has Fallen to name a few. He’s not only a poker player but also a professional stuntman.

Bilzerian has also been nicknamed the King of Instagram by his followers. His popular Instagram page boasts photos of his playboy lifestyle. The lifestyle he follows has caused him to have three different heart attacks before the age of thirty-two.

In 2011, Dan Bilzerian was involved in the scandal related to Bradley Roderman, the Ponzi scheme operator. Bilzerian, along with a few other players, were asked to return any winnings from poker games with Roderman, in order to pay back the victims of the scheme. It was in the same year than Bilzerian supported a fellow poker player, Alex Rodriguez, when he was accused of gambling illegally.

Bilzerian has a skill for extracting money from people through other methods too. As an example of this, in 2014 he sued the producer of Lone Survivor for $1.2 million. His claim was that he had loaned $1 million of his money to the producer with the understanding that his part in the film would involve eight minutes of screen time plus eighty words of dialogue.

However, when the film was released, his role was cut to just a single line and less than a minute of time on-screen. His claim, therefore, consisted of the return on the original loan with 20% interest for his trouble.

In addition to this lawsuit, Dan Bilzerian has been on the receiving end of a few others himself. He was sued by the eighteen-year old-actress Janice Griffith after he broke her foot while throwing her off a roof into a pool during a photo shoot for Hustler magazine. Griffith wanted $85,000 as compensation for her injuries, but her request was denied. Bilzerian’s attorney stated that both Griffith and Bilzerian were under contract from Hustler, and so Bilzerian was not at fault.

Despite numerous accusations and great controversy about his lifestyle, there’s no denying that Dan Bilzerian is extremely good at what he does. He has made a significant contribution to his net worth solely from poker winnings. His numerous other hobbies and extravagant lifestyle may not be suited to everyone, but he’s undoubtedly one of the most famous faces of the poker industry.