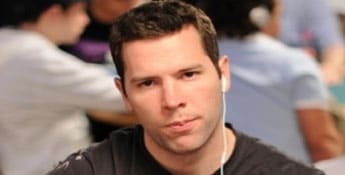 Adam Bilzerian net worth: If anyone ever wanted evidence to support the theory that gambling prowess is genetic, they need to look no further than the Bilzerian family.

While playboy Dan Bilzerian is by far the most famous gambler of the family (and more for his Instagram antics than his winnings), and father Paul is said to be fond of a good poker game, younger son Adam has also achieved significant success at the felt table over the years.

In the 2009 WSOP, where both Dan and Adam participated, Norman Chad called them the “Flying Bilzerian Brothers”, a nickname that since then stuck.

Adam Bilzerian’s fame goes beyond gambling; he’s also a controversial figure due to his political views and some of the life choices he has made. Let’s dive into the story of the mystery man of poker, and take a look at Adam Bilzerian’s likely net worth today.

Adam was born in 1983 and grew up in Tampa, Florida. He led an idyllic, privileged lifestyle up through his teenage years. The family’s house has been described as a mansion, half the size of Buckingham Palace. Its amenities included lake-front views, a swimming pool, a  water slide, an indoor basketball court, a batting cage, and an imported volcanic rock mountain. Adam excelled at tennis as a youth and represented his high school in the sport.

All this changed when Adam’s father was sent to jail for market manipulation. The family filed for bankruptcy, and Paul was engaged in legal battles with the US government for the next 20 years over earnings that he had supposedly hidden.

During this upheaval, Adam attended Vanderbilt University, earning a B.A. in history and later an MBA from Macquarie University in Australia. He eventually transitioned into playing poker professionally.

Due to his quiet nature and lack of interest in being part of the spotlight, many details about Adam Bilzerian’s life are hard to come by.

For example, no one quite knows exactly when he developed an interest in professional poker. Given the timeline of his arrival onto the professional poker scene, though, it’s highly likely that his brother Dan’s success is what piqued Adam’s interest.

Adam seems to prefer private games to highly-publicized, televised poker events. One of his most famous private games involved baseball icon Alex Rodriguez at the Bellagio in Las Vegas on an undisclosed date. Although Rodriguez ultimately lost to Bilzerian, he came in second and impressed Bilzerian with his skills.

As for his public gambling escapades, Adam has made some tidy sums over the years. He participated in the World Series of Poker (WSOP) in 2009, alongside his brother. Both came away with significant winnings. This fraternal achievement led sports commentator Norman Chad to dub them the “Flying Bilzerian Brothers.”

His most recent public gambling event was the 2016 WSOP tournament.

Adam Bilzerian Achievements at a Glance

Adam Bilzerian’s net worth is estimated to be around $100 million. While he has certainly earned a sizeable chunk of that through his profitable poker career, many people suspect that part of it also comes from less reputable sources.

Adam’s father, Paul, set up trust funds for both of his children when they were young. When his legal troubles began with the US government, he claimed to have very few financial assets with which to repay the government. Many people believe that Paul used his children’s trust funds to hide large sums of money from the government and avoid repayment.

None of this has ever been proven, and all members of the Bilzerian family vehemently deny such accusations, but doubt remains about the veracity of their claims.

In addition to poker earnings and trust fund money, Adam has also earned money as an author.

He published a book in 2010 entitled, “America: Love It or Leave It: So, I Left.” The book detailed his experiences related to his father’s legal troubles and his disillusion with the US government. He also explained his frustration with the results of the 2004 presidential election and his subsequent decision to renounce his American citizenship.

While American nationalists accused the book of being a blatant attack on the country and its political system, it was received favorably by many others as a legitimate list of grievances against the failings of the US government. It certainly helped Adam Bilzerian’s net worth as well as causing a small political storm.

The US government’s treatment of Paul Bilzerian profoundly affected Adam. Whereas he had at one time dreamed of joining the Army to defend his country, Adam soon became bitter toward the government.

Things came to a head in 2007 when he decided to move to St. Kitts and Nevis. He invested a significant amount of money on the island of Nevis and, in return, received citizenship the following year. He promptly renounced his American citizenship in protest of all that had happened to his family during the US government’s decades-long persecution of his father.

Adam now lives peacefully on Nevis with his wife and two children in their island abode.

Conclusion: The Mystery Man of Poker

Adam Bilzerian is a Nevisian professional poker player. He hails from a rich and famous family and has certainly benefited from his family’s wealth over the years.

While he had a series of successes in the poker field between 2009 and 2016, he has mostly disappeared from the public eye since.

To date, Adam’s total live earnings amount to $877,687, and his All-Time Money List Best Rank sits at 1,599th, according to the Hendon Mob website.

Aside from his poker fame, Adam is also known for renouncing his American citizenship and writing a scathing book about the failings and poor decisions of the US Government.