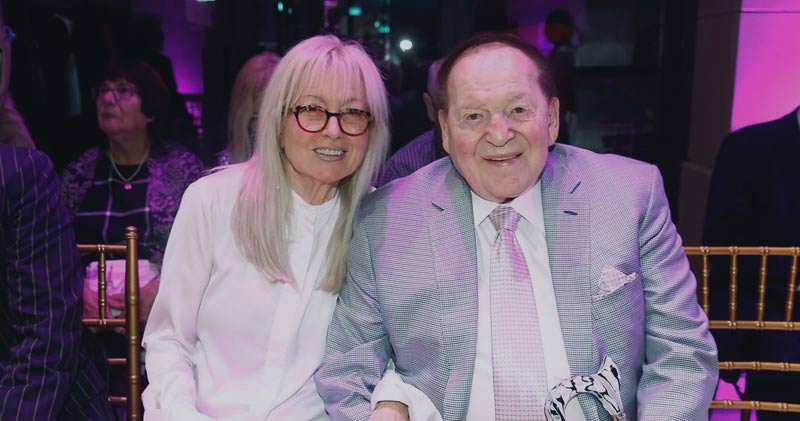 Sheldon Adelson, the richest individual in gambling, with a wealth estimated at around $33 billion last year, has died at 87. His wife, Miriam Adelson, confirmed the news on Tuesday, January 12, 2021.

A veteran casino and hospitality magnate, Mr. Adelson bought his first hotel, the Sands in Las Vegas, in the 1970s. Over the decades, he turned the Sands empire into a globe-spanning business with glitzy venues in Vegas, Singapore, and Macau.

The son of Jewish immigrants to Boston, Adelson was born in 1933. His family ties ensured a lifelong connection to the state of Israel, and he financially supported projects there throughout his life.

Netanyahu was not the only important political figure to have had a close relationship with Sheldon Adelson.

Adelson and his wife Miriam were the biggest donors to Republican party presidential candidates over the last twenty years.

Out of the last five presidential elections, it was only in 2016, when Adelson was unsure of Donald Trump’s position on the Israel-Palestine conflict, that they weren’t the top GOP donors of the campaign. Since then, however, the Adelsons have been a big contributor to the Trump team and backed many new Republican senators in 2020 as well.

However, Adelson had distanced from Trump since the election loss to Joe Biden in November and urged him to accept the Nevada result through his local paper, the Las Vegas Review-Journal.

“I’m actually against very wealthy ­people attempting to or influencing elections. But as long as it’s doable, I’m going to do it,” Adelson told the media in 2012.

“He was an American patriot, a generous benefactor of charitable causes, and a strong supporter of Israel,” said former President George W. Bush after Adelson’s passing, calling him a “good friend.”

Mr. Adelson was continuously active in his own business affairs right up until the end of his life. He was still officially Chairman of Las Vegas Sands as of the morning of his death and was still prospecting for inroads into new markets as of a few weeks ago – most recently, Texas.

He died of “complications from a long illness,” according to his wife’s statement on Tuesday. The Las Vegas Review-Journal reported the exact cause of death to be non-Hodgkin’s lymphoma, with which he was diagnosed in 2019.

However, his association with Jewish settlements on the disputed West Bank area was not without controversy, as noted in his obituary in the UK’s Guardian newspaper.

Throughout his life, Mr. Adelson was no stranger to media controversy, having filed lawsuits against his own sons and offering a heavy settlement to the federal government on corruption charges.

Regardless, he will be missed by the many friends he made throughout his career and will be remembered as a pioneering figure in the land-based casino industry.

He leaves behind two sons, Mitchell and Gary Adelson, and his beloved wife, Miriam Adelson.

For the latest updates on the future of Las Vegas Sands after Mr. Adelson’s death, plus much more from the world of gambling, make sure to follow GamblingTimes.com.