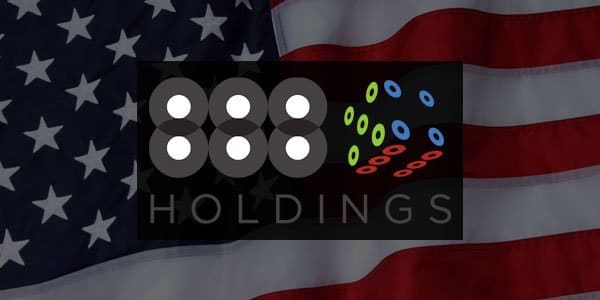 888 Holdings is strengthening its position as one of the key players in the US online gambling market with the acquisition of the All American Poker Network for a staggering $25 million.

Earlier today online gambling giant 888 Holdings announced they have acquired the remaining 53% of the shares in AAPN (All American Poker Network). This, according to 888 Holdings, is on par with their plans to expand further in the United States online gambling market.

In the press release, it was stated that 888 Holdings will pay $28 million in an all-cash transaction to gain control of the American online poker network.

The All American Poker Network was started as a joint venture by 888 and Avenue OLG Entertainment LLC back in 2013. The poker network was set up to help grow the 888 brands presence in the New Jersey online gambling market, which at that time had just been regulated, making online poker and casino legal. Shortly after the poker network was set up, both 888casino and 888poker launched their products, offering poker and casino games to New Jersey players.

With the AAPN acquisition, 888 said in today’s press release they will get “independent control of its growth strategy in the US”. Just like many other large online gambling companies, 888 have been looking at ways to expand and take the position as the key player in the US gambling market, especially after the ban on sports betting fell back in May 2018. Shortly after, in June 2018, the first NJ sportsbook was launched, and at this time there are 8 sports betting websites live in the state on New Jersey.

One of them is 888sports, which was launched back in September earlier this year. This was the first time 888 Holdings ever was able to offer sports gambling in the United States of America.

Following the successful launch, 888sports signed a major sponsorship deal with the New York Jets, making it the first ever sponsorship agreement between an NFL franchise and an online sports gambling company.

Itai Freiberger, 888 Chief Executive stated the acquisition “places 888 in an even better position to take advantage of the significant growth opportunities in the US”.