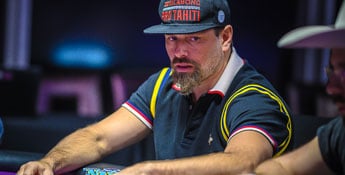 Rick Salomon Net Worth: Online gambling has exploded in popularity over the past two decades, with poker playing a large role in its rise.

No longer relegated to smoky back rooms or weekend trips to Atlantic City and Las Vegas, professional poker has morphed into an extremely popular “sport” (in the modern sense of the word) with its own tournaments, fans, and celebrities. The genre even boasts its own World Series of Poker tournament every year in Las Vegas and a significant presence on the e-gaming cable TV channel The Player Channel.

Naturally, given such popularity, several stars have risen among the ranks of talented players over the years. One such card savant is Rick Salomon. Rick Salomon has earned a reputation in recent years both at and away from the poker table. His dual talents for winning money and stirring up drama have made him one of the most well-known poker stars in the field today.

Rick was born on January 24th, 1968, in Neptune Township, New Jersey. His father, former Warner Bros. executive vice-president Robert Jess Salomon, ensured that he never wanted for anything. Given such a comfortable upbringing, it’s not surprising that Rick felt at ease risking large amounts of money from an early age.

A lifelong fan of poker, Rick is purported to have begun his gambling career by starting an online gambling site around 2003. No one seems to be able to locate or name this site, though. He also dabbled in movie production as a young adult, executive producing the movie American Girl in 2002. No one took him seriously as a filmmaker until his later, more scandalous offerings made him a gossip celebrity, though.

Despite his slow start with the gambling website and film production, Rick kept playing poker and improving his skills. He began entering high-stakes poker tournaments in the early and mid-2000s, with increasing success adding a further boost to Rick Salomon’s net worth.

His first recorded win, according to the website cardplayer.com, was on April 11, 2005, at a No-Limit Hold’em event during the Five-Star World Poker Classic at the Bellagio hotel. He came in 43rd and won $2,710. Later that year, he had more notable success at the Main Event No-Limit Hold’em tournament at Hustler’s Casino in Las Vegas. He placed 13th out of 117 contestants and earned $4,800.

To date, he has only placed first in a single tournament: the 2006 No-Limit Hold’em Event 9 at the Bellagio, where he took home a whopping $85,060 for his first-place status. His success at the poker table continued through the 2010s to the present day. He’s a regular fixture at high stakes private cash games in Las Vegas.

Rick Salomon Achievements at a Glance

It’s impossible to know exactly what Rick Salomon’s net worth is or how much has won in total over the duration of his career because not all games are publicized, and not all winnings are announced.  Those who keep track of these things estimate that he has won over $9.9 million in high-stakes betting events to date, though. This amount places him among the top 100 highest earners for poker playing.

He has not let his passion for poker overshadow his other love – filmmaking, either. Over the years, he has continued to dabble in film production. IMDB lists him as the executive producer for three films, co-executive producer for one film, and producer from 2008-2009 for a TV series called “First In.” His most recent film was “Gotti” It was released in 2018. He also acted in four different movies between 2000 and 2019.

Between his movie work and his poker playing, Rick Salomon’s net worth is currently calculated to be $30.2 million.

Despite his considerable talent at the poker table, Rick Salomon is most certainly more famous for his antics away from the table than at it. This Casanova of the card table has had a series of high-profile torrid affairs over the years that have often eclipsed his gambling prowess.

Without a doubt, his most famous “achievement” was his short-lived relationship with hotel heiress Paris Hilton that resulted in a leaked sex tape. While this may seem blasé in 2019, in 2003, it provoked a scandal and made Rick Salomon a household name among those who followed the gossip columns. It’s another factor that has made Rick Salomon’s net worth more than it would have been without this scandal.

In addition to his famous frolicking with Paris Hilton, Rick has also been married four times. His first marriage lasted for five years to actress Elizabeth “E.G.” Daily and produced two children.

After divorcing his first wife, he began his tryst with Hilton in 2000, which lasted only a brief time. In 2002, he married Elizabeth Doherty and then quickly divorced her a year later.

His next marital conquest was none other than sex icon Pamela Anderson of Playboy and Baywatch fame. After a chance meeting at the poker table in 2007, the two impetuously wed two months later. Their marriage lasted less than a year, but they reconnected in 2014 and made another go of it. This second marriage also failed to make it to the one-year mark.

Since then, Rick has continued to date but seems to have learned how to keep a low profile and not to jump into marriage.

Rick Salomon has led quite an exciting life in front of the limelight. His personal drama, combined with his skill at the poker table, helped make him a household name in the mid-2000s. His star appeal also undoubtedly helped bring competitive poker into the mainstream media, as well.

These days, he seems to be more selective about both the games he chooses to play and the women he chooses to date. He seems to choose fewer higher-stakes games with larger payouts, instead of entering whatever tournaments he can get his hands on. Las Vegas is still definitely his favorite venue, too.

As for his love life, he keeps that more private now. He is reportedly single and happy to be that way. We’re excited to see what the next decade brings for Poker’s reigning Bad Boy.