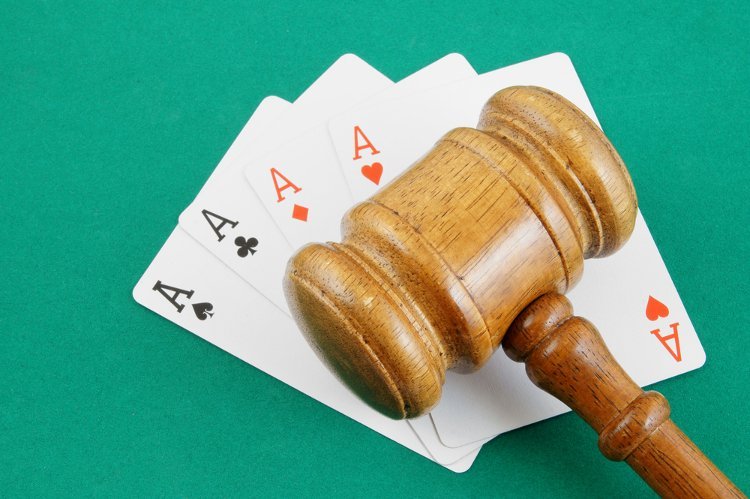 Laws change from country to country and even from province to province, but they are generally very similar wherever you go. Murder, theft and criminal damage are illegal; hard drugs will either lead to jail time, fines, or confiscation.

There are some minor differences concerning certain aspects of certain laws, but for the most part, there is a sense of fluidity that makes it easy to move from country to country without falling foul of serious laws. But there is one exception: Gambling.

In some countries, such as the United Kingdom, gambling is legal, widely available and promoted everywhere from TV to sports sponsorships. In others, a simple game of real money poker played with friends could land you in serious trouble.

In this guide, we’ll take a look at some of the countries with the strictest gambling laws, ones where playing top websites featuring casinos online could put you in trouble.

The United Arab Emirates has caught a lot of tourists off guard over the years with its hard-line approach to drugs and alcohol. If you’re caught drinking outside major resorts, you could be in trouble and the same applies if you take drugs into the country, even if they are prescribed.

They have a similar approach to gambling. In fact, the UAE is one of the strictest countries in the world where gambling is concerned and you could face up to 2 years in prison if you are found guilty.

Of course, gambling is hard to come by and you can’t simply stumble upon it. But just because something is illegal doesn’t mean it isn’t available. There are underground games taking place in the country all the time and if you are caught playing one of these you could be prolonging your short holiday by several weeks or months, only this time you won’t be relaxing in 5-star luxury!

The UAE is not a country for hedonists, regardless of what people might say. If you’re a heavy drinker, gambler and drug user, and you can’t do without these things for the duration of your vacation, you might want to give this one a miss.

The 15 million+ population of Cambodia is not allowed to gamble legally and can be fined or face a prison sentence if they get caught in the act. This is one of the strictest countries regarding gambling, but the good news is that these laws don’t always apply to tourists.

However, we wouldn’t recommend testing them on this. If you are visiting Cambodia, you should avoid gambling at all costs, even if you’ve just been invited to play a few games of cards in a club or pub.

There are some strange laws in Japan and these are made stranger by exceptions. This is true of gambling as well. On the one hand, it is illegal and tightly regulated. On the other hand, some traditional games, such as Pachinko, are exempt from these laws and played freely.

Japan is a country where tradition meets modernity, a country where culture and technology clashes. This is what causes the confusion and it’s why they have taken such a strict approach to many forms of gambling, including online casinos and online sportsbooks, while still allowing other forms of traditional gambling to take place.

Japan also has a reputation for being somewhat strict on foreigners. It’s a great country, with a lot of beauty, culture, history and technology to explore, but it’s also not a country where you want to be caught on the wrong side of the law.

Singapore has some of the strictest and strangest laws in the world. The best known of these laws concerns chewing gum, which has been banned since 1994. They became frustrated at the amount of chewing gum being discarded on the streets and they sought to do something about it.

They have adopted a similar attitude with gambling, which is banned and can lead to some serious fines. This is especially true for online gambling, which they have taken a hard-line against.

However, as is so often the case, there is an element of hypocrisy here as there are some casinos operating in the country and these generate huge sums of money for the authorities. There are also government-run lotteries.

Most states in India do not allow gambling on casinos. Lotteries, however, are fine and so are sports betting in many cases.

Some states allow casinos on riverboats, like in Goa, but that’s about it.

However, there are no laws regarding online casinos, which makes it an attractive market for many Indian online casino operators.

The US’s attitude towards gambling is changing all the time. Most of these changes have occurred in the last year or so, after a law that prevented states from setting their own rules was scrapped.

Online gambling and sports betting were once very tightly controlled, but they are now being rolled out into many states. However, despite these changes, the US remains one of the strictest countries when it comes to gambling, as well as one of the most polarizing.

On the one hand, you have cities like Atlantic City, Reno and Las Vegas, where gambling and hedonism are the themes of the day. You also have commercial casinos and Indian Gaming casinos littered throughout the country. On the other hand, you have states like Utah, where most forms of gambling are tightly controlled and can get you in serious trouble.